Portugal was made from Minho, opening its arms to the land but also to the sea. This great country was made from seafarers, and this land became Minho when it wasn´t Minho yet. What remains? The land and the sea are still there, in that embrace from yore, tight here, loose there, never lost.

And what remains in the sea front? That is the fresco we propose, the photographic journey along that coastline through which – going down the river that separates us from Spain but that also joins us to Galiza – this country and this way of life took shape.

Extinction of fleets, knocking down of boats, selling of fishing quotas, the death of shipyards from lack of contracts … belonging to the European Union gets mixed up with the crushing of the seafarers or, in an impersonal tone, with the loss of one of the pillars of the national economy. No other sector was as fustigated by Brussels rules as the fishing sector.

However, this is a country of navigators that gave new worlds to the world. A country with eyes fixed on the sea and feet dipped in the waves, with a coastline that has 943 kilometers in the mainland, 667 in Azores, 250 in Madeira and 1683 000 square kilometers of Exclusive Economic Zone, 18 times bigger than the mainland. A country contradicted by politics, where the greater fish banks harbor the agony of the fishing communities. How do the Minho communities of seafarers live currently? How does naval construction resist? How can be reinvented, today, a sector that is crucial to the affirmation of Viana do Castelo, Minho and Portugal? Whose people are those that, at sea or at land, scribe in the turbulent Atlantic Ocean the grooves of their lives? How do they live or survive, how do they celebrate or cry? What changes has time imposed on them, to which traditions do they hold on to, what in that coastline guides their dreams? What is that Minho, after all, that gained the sea and was made from the sea?

The portrait is broad but extremely motivating. It makes sense, today, to try to perceive the state of that relationship, to know those fishermen, seafarers and naval constructors.

I propose, over one year, to follow those men and women, photographing them in their daily work, family time, and during cultural or religious events. It makes sense, today, to disenthrall and honor those persistent people, who resist to rules they have not voted for, who hold on to a way of life that marked so many generations. Photography is one of the essential ways to do it. 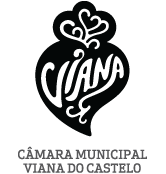 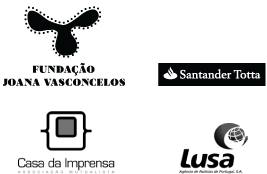 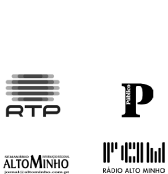